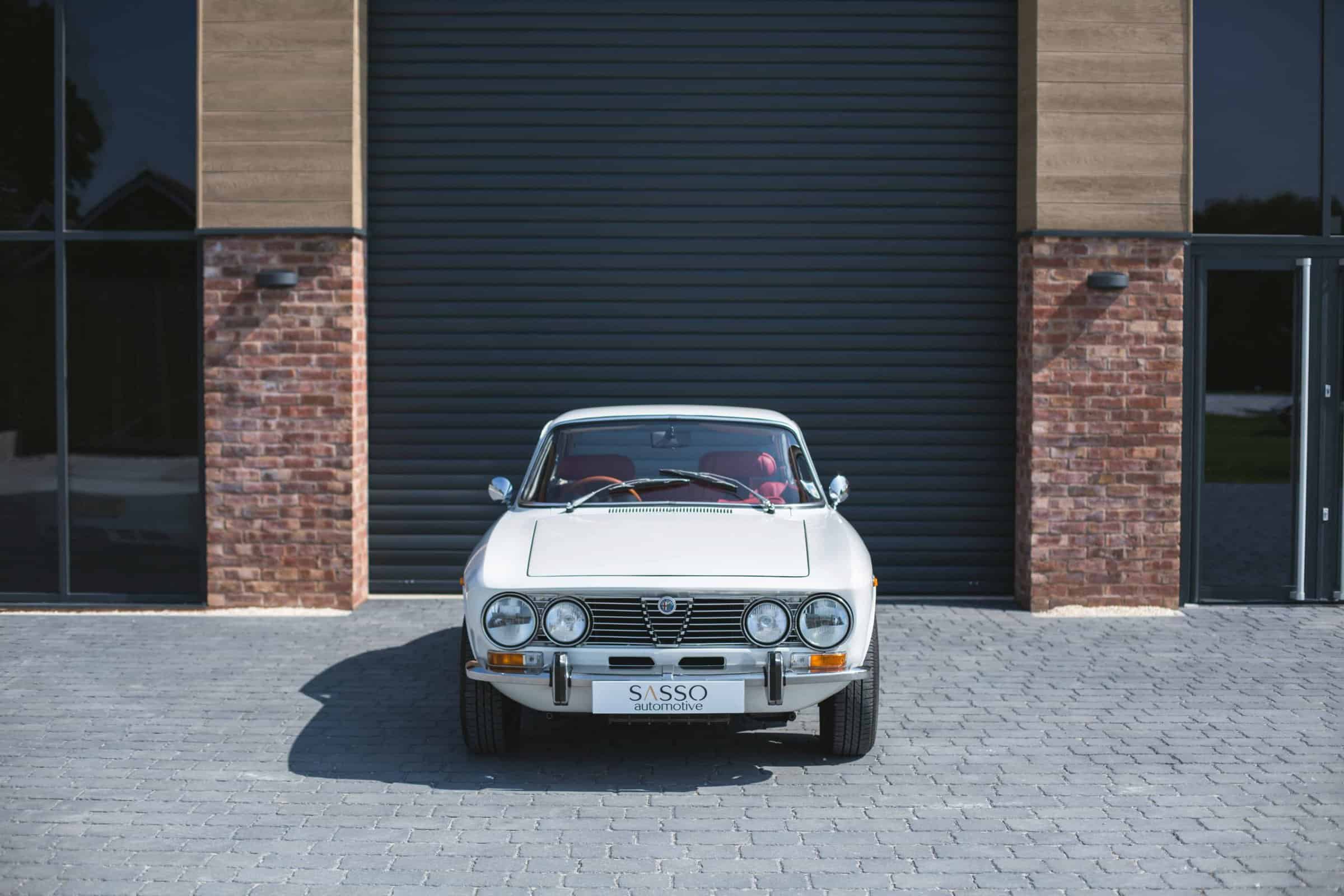 We are delighted to offer this fabulous Alfa Romeo 2000 GT Veloce. This early example has not been offered on the market since 1979 and now is ready for a lucky new owner.

The car was originally supplied to Captain R N Potter of the Scots Guards whilst he was serving in Europe. Ordered through Alfa Romeo (Great Britain) Ltd and the NAAFI, it was delivered to Captain Potter on 27th November 1972. During 1976, Captain Potter returned to the UK, bringing the car with him whereupon it was UK registered as RF 839Pin 1977 the car was sold to Mr Mark Price who later sold it to the current registered keeping on 18th June 1979. In March 2012, the current age-related number plate was assigned to the car by the DVLA.

Between 2009 and 2010, this GT Veloce has undergone an extremely high standard restoration. The coachwork was undertaken by Mike Spenceley of MGS Coachworks, one of the most highly regarded restorers of the 105 series of cars. Mark carried out the works with most of the mechanicals removed and refinished the coachwork on its original Bianco Spino colour. Whilst at Mike’s, everything else was restored with a brief spec as follows:

The list is almost endless with this car being, what may be described, a total nut and bolt restoration. And it does not stop there. Elsewhere the interior has been restored incorporating new carpets, door cards, sun visors, gear knob, headlining and, to finish, fabulous soft red Nappa leather seats. All rubbed seat badges and brightwork have been dealt with. Everything is recorded within the two large history files. Included within these files are all the invoice from its early life, the original sales invoice, the original Italian registration documents, invoices from restoration works, original instruction book and supporting service book and dealer list and a record of every drop of fuel ever put into this motor car dated from 22nd June 1982 to 29th May 2021. In face, this record shows that only 2,565 miles have been covered since its restoration.

In summary, this must be one of the finest examples of its type and marque and one that has not seen the light of day for the last 42 years. This history file is one of the most comprehensive we have ever seen. This GT Veloce does not disappoint either on inspection or whilst behind the wheel and required viewing to truly appreciate. In today’s market, this fine Alfa Romeo is offered at a very realistic and unrepeatable price, therefore we do not expect it be here for very long. If you are genuinely interested, we suggest that you do not dither in contacting us to arrange a viewing.

Viewing by appointment only