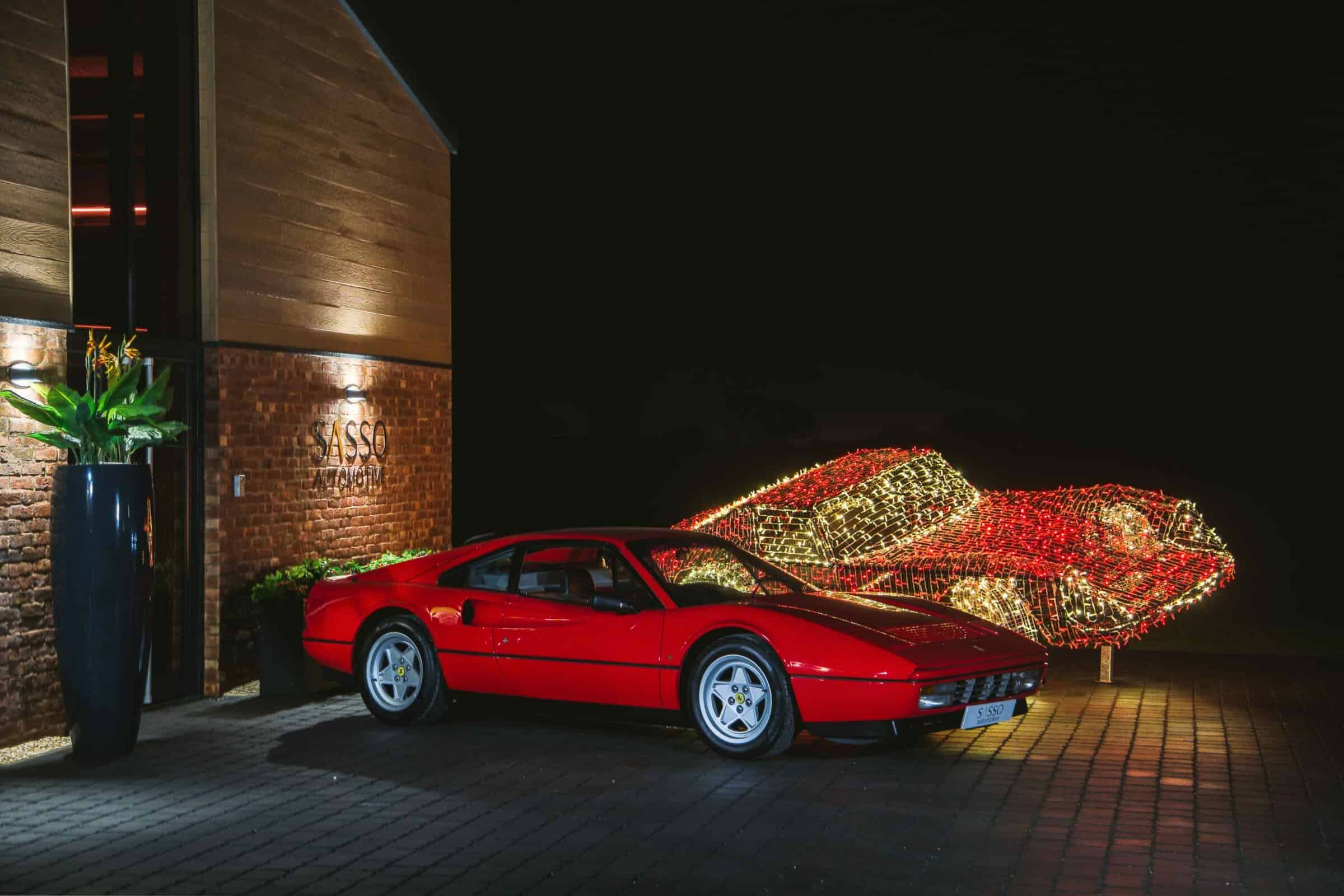 It was the successor to the Ferrari 308 GTB. While mechanically still based on the 308, modifications were made to the body, chassis, and engine, most notably an increase in engine displacement to 3.2 L for increased power and torque output. The 328 is still considered by some enthusiasts to be one of the most reliable and functional Ferraris; unlike other models, much of its maintenance can be performed without lowering the engine from the vehicle.

The GTB referred to the Gran Turismo Berlinetta (coupe) (fixed roof) body while the GTS was a Gran Turismo Spider (targe top).

The ‘328’ numbers in the model title referred t o the total cubic capacity of the engine, 3.2 litres, and 8 for the number of cylinders.

The 328 was the final evolution of the transversely mid-mounted, conventionally aspirated 90 degree V8 Dino engine. The transversely mounted engine is a popular way to save space on the rear-mid, rear wheel drive layout.

The 328 has been described as one of the most usable classic Ferraris because of its durable road record, history of appreciating value, and classical aesthetics.

The original Pininfarina design was carried over from its predecessor but included subtle changes from the carrozzeria. The effect was both aesthetic and an improvement in overall aerodynamic characteristics. The car’s body was still largely built by hand coming from the coach builder Scaglietti works.

The revised body presented a softening of the wedge profile of its predecessor, with a redesigned nose that had a more rounded shape, which was complemented by similar treatment to the tail valance panel. The revised nose and tail sections featured body colour bumpers integral with the valance panels, which reflected the work done concurrently with the Mondial 3.2 models, with which they also shared a similar radiator grille and front light assembly layout. Thus all the eight-cylinder cars in the range shared fairly unified front and rear aspects, providing a homogeneous family image. The exhaust air louvres behind the retractable headlight pods on the 308 series disappeared, coupled with an increase in the size of the front lid radiator exhaust air louvre, which had been introduced on the 308 Quattrovalvole models. A new style and position of exterior door catch was also provided.

The interior trim also received a thorough overhaul, with new designs for the seat panel upholstery and stitching along with revised door panels and pulls. Cockpit switches were completely updated and modernized. The new back lit orange on black dashboard gauges were borrowed from Ferrari’s 1984 GTO supercar. The main instrument panel, seen through the anatomical Momo (Morreti-Monza) steering wheel, presented the driver with information from the large tachometer and speedometer.

With 1344 GTB’s made worldwide and only 130 UK RHD models compared to the more common 328 GTS (6068 & 543 UK RHD) make the GTB with its sleeker lines defiantly make this the one to have especially with the Non-ABS wheels.

The Ferrari 328 GTB (1988 Non-ABS Model) we have on offer is finished in Classic Rosso Corsa 300/9 with Nero black hide 8500 and having covered only 24,000 miles from new make this a wonderful collectors grade example and great investment opportunity with only four owners from new. The car is presented in exceptional condition throughout and has a well-documented service history from new & comes complete with its; original leather pouch including its original handbooks, owners manual & service book, two sets of keys and a huge dedicated history file & Maranello Concessionaires archive.

A fantastic opportunity to purchase one of the finest examples of what is, a super desirable and rare model and one of only 77 RHD Non-ABS models with the more desirable alloy wheels.

Both sets of keys and all books