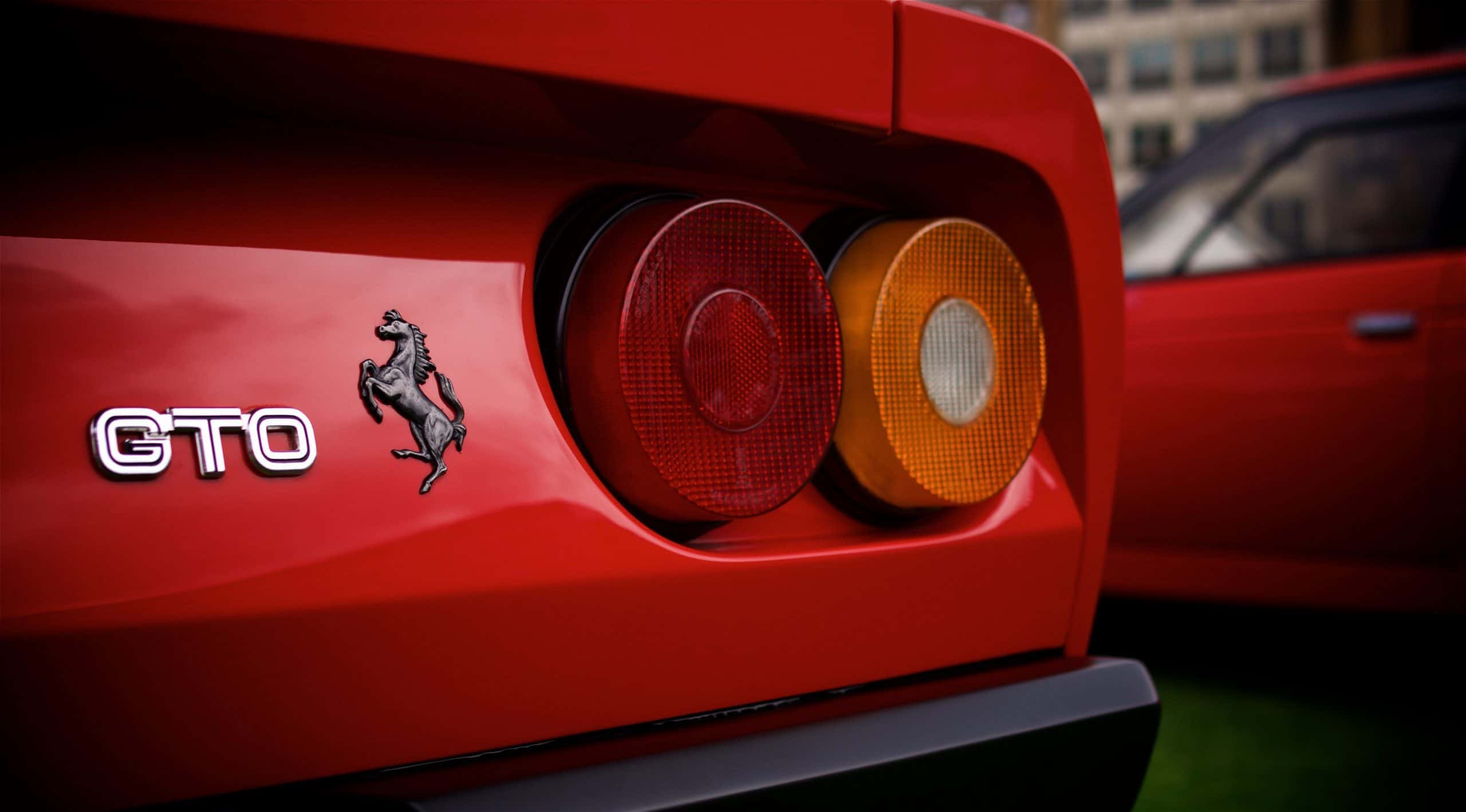 Arguably two of the best vehicles to come out of Maranello, but which is the ultimate?

Said by many to be the best Ferrari of all time, the F40 was the final car commissioned by Enzo Ferrari with production beginning in 1987 going right through until 1992.

The Ferrari F40 (Type F120) is a mid-engine, rear wheel drive sportscar. This impressive vehicle was engineered by Italian Mechanical Engineer, Nicola Materazzi and styled beautifully by Italian car design firm, Pinifarina, who’s tagline reads ‘We Move Dreams’ – fitting for such a beautiful and arguably one of the sought after supercars in the world.

It has been reported and most maintain that the F40 only ever left the official Ferrari manufacture and dealership in Maranello finish in one colour, the iconic rossa corsa – it has been argued that examples of the F40 sporting any other colour have been re-sprayed since leaving the manufacturer. With that being said, it is likely that the re-sprays were done by the car’s designer, Pinifarina, as soon as the cars left the factory.  Many claim that these additional layers of paint slowed down the car, due to Ferrari going to extreme lengths to keep the car as light as possible to heighten maximum speed, they used the smallest volume of paint possible with some saying that you could see the carbon kevlar through the paintwork – many car novices complained about the feature but little did they know that years down the line, this would be extremely valuable.

The price tag of an F40 was and still remains high – both the purchase price and the maintenance costs are out of reach for the masses. The selling price in 1990 was circa £300,000 and with dealer markups, the end buyer was looking at somewhere between £600,000 and £800,000. Today the price has skyrocketed, if you have a well-kept, low millage, clean F40 in the original rossa corsa, you’re sitting on upwards of £1.5 million.

Whilst F40’s are rare, somewhere between 1,311 and 1,315 left Manello due to their sheer popularity – however, now they are very hard to come by!

since the 250 GTO, this was due to the fact that the Group B regulations required car manufacturers to build road legal versions of track cars – wonderful news for race car lovers.

Much like the F40, the 288 was designed by Nicola Materazzi and Pinifarina and was produced directly from Maranello. Only 273 of this car were made, making it incredibly a rare and very sought after piece of kit. Whilst the Ferrari 288 was produced at the same time as the likes of Porsches 959 car of the future, Ferrari stuck to raw power within a lightweight body for optimum performance – going 0 to 125mph in 15 seconds flat.

With the sheer price of this vehicle, the upkeep alone is going to come at a large cost and if you invest in something so large, you’re going to want to keep it in good condition. A routine oil change will set you back circa £10,000 depending on where you take it. Additionally, the insurance for a motor of the stature will be unaffordable for most, costing upwards of the average price of a UK home.

With only 273 made, the 288 GTO is certainly sought after, it held a hefty price tag when first released but now one will be worth £2.5 million plus, or however much someone lucky enough to have one wants for it.

Personally, we love the F40, despite the 288 GTO being a bigger and better investment and harder to find. We love the passion that went into the design of the F40. It was clear that Enzo Ferrari wanted to be the best when producing this. We also love that everything had been considered when maximising the speed… specifically how they stretched the amount of paint used to ensure the car was as fast as it could possibly be.

We like the 288 GTO but feel as though due to it being a homologation, perhaps not as much love went into the design / delivery. Therefore, we would always go F40!

Our advice, if you ever some across an F40 and you can see the weave of the carbon under the paintwork, do everything in your power to make it yours.