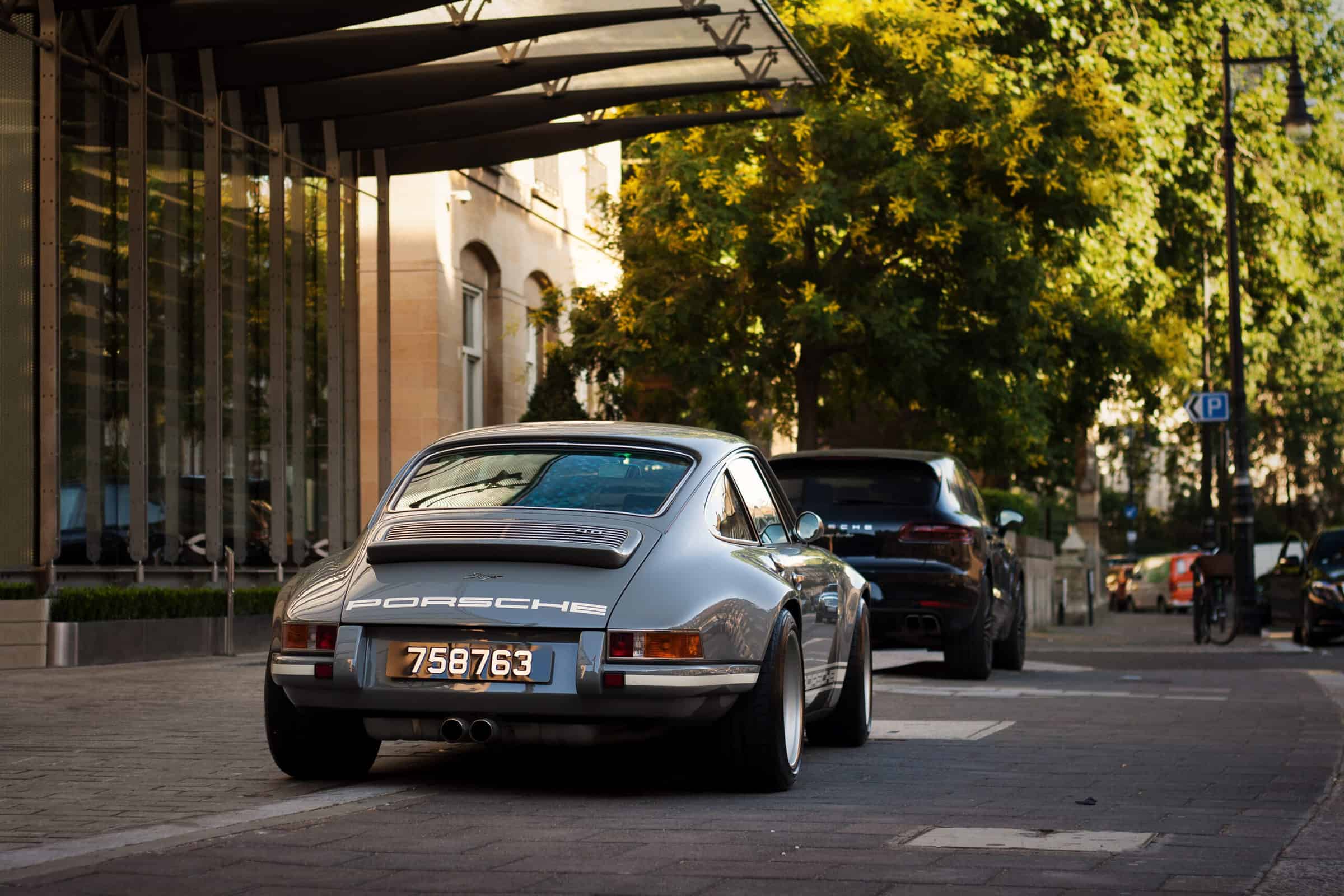 Firstly, what is a resto-mod?

A resto-mod is a classic car that has been restored with modern parts and modern technology – in short a resto-mod has the aesthetics of an older car from the outside but once you look under the hood or go to turn on the radio, you will notice that all of its parts are brand spanking.

Not only do resto-mods bring classic cars into the 21st century from a comfort, ease of use and driving quality point of view, largely they also incorporate modern safety features such as airbags, ABS braking systems, cruise control and driver intervene making what was once a classic, much easier and more relabel to drive.

Whilst here at Sasso Automotive, we love a well looked after classic car, we can see the benefits to a resto-mod, it is all the beautiful aesthetics of a classic car with all the luxuries of a modern car – a perfect mix of both, if you are in to that sort of thing.

Varying views on a resto-mod…

Generally speaking, a resto-mod tends to be a very ‘marmite’ topic – some people love them, some people hate them, rarely do you see a car fanatic sitting on the fence when talks turn to resto-mods.

Many believe you shouldn’t mess with a classic whilst some favor the eye pleased look of an classic car but would like to drive with the ease of a modern variant.

The cost of a resto-mod…

Now, this is a really difficult one, it can be as much or as little as you like. If you already own the car, it’s up to you how much you’d like to spend on bringing your classic into the modern world, it could be a quick few things here and there or a full engine restoration with modern tech within the cockpit too… it totally depends on what you’d like to do.

To purchase a resto-mod from the trade or from someone that has spent a lot of time, money and effort in to bringing a classic into the 21st Century. The same applies – it heavily depends on how far you’d like to go, combined with the value of the original car.

Take the Singer 911 DLS for example, worth a whopping £1.8 million, the car started life as a Porsche 911 and has been restored to be a machine of great power, combining modern features with classic ideas – for example the engine within this car is air cooled, as was the original Porsche 911… this resonation specialist has gone to great lengths to ensure that authenticity of the car is sustained throughout the restoration process and without compromise. Yes, whilst the car performs better, is more comfortable and offers modern luxuries such as air-con and sav-nav the vehicle performs using the same techniques which have obviously become ‘better’ due to advances in science and engineering.

So, should you buy a resto-mod…

We would say yes, but this decision is heavily dependent on which one. We would advise that you go niche, purchase something that you enjoy looking after as it may take you some time to find the right buyer. Try not to enjoy it too much and keep the mileage low, make sure it is services regularly and occasionally add modern tech as and when it becomes available.

Our advice if you’re going to turn your classic into a resto-mod would be to stay authentic, don’t scrimp on original parts and do your homework!